Reaching across the counter to pass us a beautifully wrapped pack of homemade senbei (rice crackers), the elderly shopkeeper joined in our admiration of the colourful designs. Each pack was nestled in traditional washi paper, which, the shopkeeper suggested, could be used again for gifts or to cover a notebook. “ Mottainai ,” she called as we left, wagging a finger with the perfect stern-grandmother tone to match. 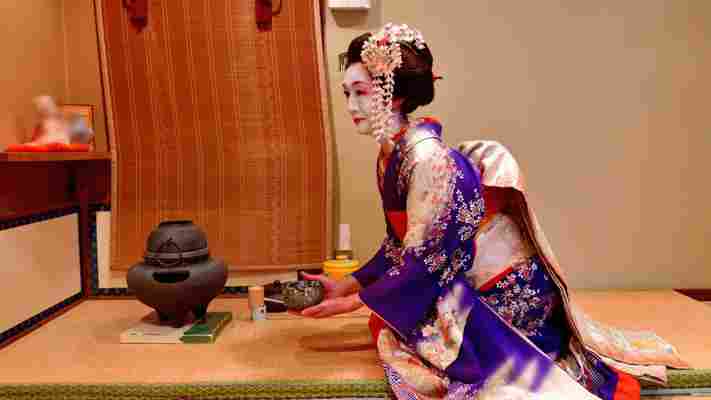 Ubiquitous in daily life, mottainai has been the go-to admonishment for waste in Japan for centuries, representing a meaningful connection between item and owner that’s deeply rooted in Buddhist culture. Focussing on the essence of objects, it encourages people to look beyond our throwaway culture and value each item independently, adding the fourth “R” of “respect” to the well-known mantra of “reduce, reuse, recycle”. 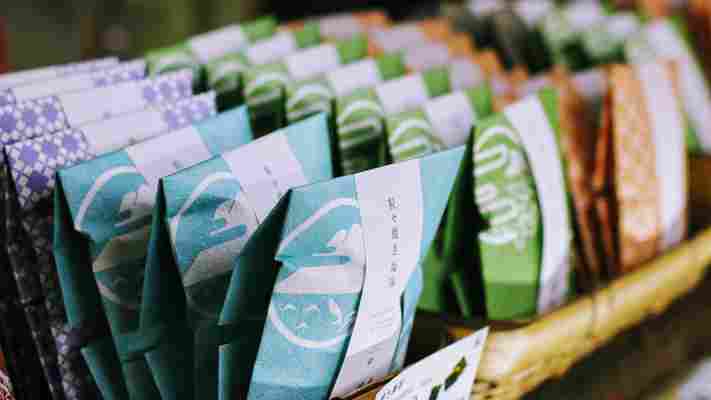 As sustainability becomes a global focus, the nuance of mottainai offers an alternative frame for our link to the world and the items we bring into it. While many sustainable efforts focus on the future of the planet as a motivator, mottainai looks closely at the items themselves, believing that if you value an item in the first place, there is no cause for waste at all.

While I had often heard the phrase as teachers chided students for leftover rice at lunch or used as a cheeky excuse by colleagues fishing the final fries from a nearby plate, I had never heard it used with the future of a pristine item in mind.

You may also be interested in: • Japan's unusual way to view the world • A uniquely Japanese take on nostalgia • The Japanese skill copied by the world

In the current climate of environmental activism, the reduction of waste – be it single-use plastics, food or energy consumption – is high on the collective conscience. Admired for complex recycling systems and impeccably clean cities , Japan may appear to have succeeded in mastering the art of the three Rs, but this perception has created a mindset of dangerous complacency. In reality, Japan is the second largest per-capita generator of plastic waste in the world, producing more than the entire European Union.

In the face of this global crisis, the value of a single word like mottainai could easily be dismissed, but its continued prevalence in daily life in Japan is seen by some as a powerful tool ready to be re-harnessed. 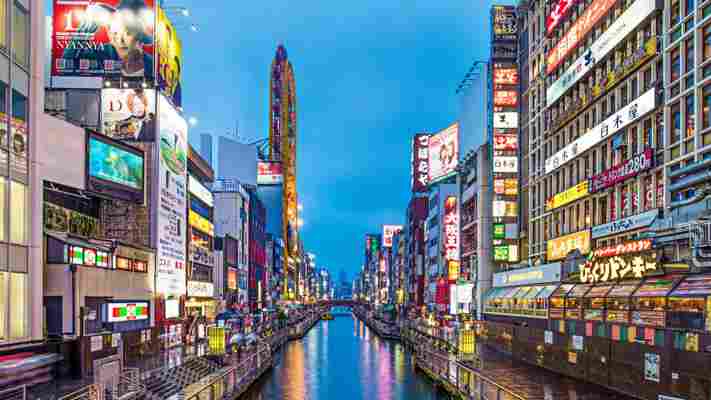 “The concept of mottainai is rooted in Japanese culture, but recently there is a tendency not to care about it,” explained Tatsuo Nanai, chief of the official MOTTAINAI campaign . The NGO was launched following the visit of Nobel prize-winning Kenyan environmentalist Wangari Maathai in 2005, with the aim of revitalising the concept. “She knew about mottainai and she was very impressed with the concept,” Nanai said, “because it expresses much more than a single word.”

Mottainai’s potential power lies in its complex meaning, which draws on ancient Buddhist beliefs. “Mottai comes from the Buddhist word that refers to the essence of things. It can be applied to everything in our physical world, showing that objects don’t exist in isolation but are connected to one another” Nanai said, adding that, “‘-nai’ is a negation, so ‘mottainai’ becomes an expression of sadness over the loss of the link between two entities, living and non-living.”

The concept of mottainai is rooted in Japanese culture, but recently there is a tendency not to care about it

The bond between owner and object is a fundamental element of Japanese culture, reflected in everything from the traditional repairing art of kintsugi to the sparking of joy sought by famous organiser Marie Kondo. Visitors may glimpse a delicately repaired bowl during a tea ceremony or stumble upon one of the annual festivals held to give thanks to used items. “When things can no longer be used, we always say ‘ otsukaresama-deshita!’ to them; it means ‘thank you for your hard work’,” Nanai said. A prime example is hari-kuyo ceremonies, where broken sewing needles are retired and placed in soft tofu during a sombre memorial to thank them for their service.

In a world of mass production and consumerism, however, these connections to objects are difficult to maintain, highlighting our increased distance from the environment we rely on. “People thought we were separate from the forests and oceans, that we were superior to nature, but the environmental crisis awakened our consciousness to the reality that we are part of nature,” Nanai said.

In a country facing frequent and increasingly severe natural disasters, the gravity of this separation is keenly felt. This connection to the planet was highlighted by Maathai as she travelled the world, taking the message of mottainai along with her. During a speech at the launch of the United Nations Human Rights Council in 2006, she illustrated the connection between human rights and environmental conservation, citing the greed for Earth’s limited resources as the “root cause of most conflicts”. Following on, she recalled her trip to Japan, where she learnt about mottainai and the lesson it holds to “to be grateful, to not waste and be appreciative of the limited resources”.

Thanks to Maathai, Nanai’s campaign team and Japanese expat communities, the concept of mottainai is slowly spreading across the globe. Vietnam holds an annual mottainai festival , while Los Angeles’ Little Tokyo neighbourhood chose it as the theme for their 2016 regeneration project.

It is no surprise, then, that this year’s Olympic and Paralympic Games in Tokyo are being used to shine a spotlight on sustainability and, more specifically, the mottainai version of it. Alongside renewable energy use, utilising existing stadiums and transport systems as well as carbon offsetting plans, there will be two highly visible symbols on display: ceremony podiums will be made from recycled plastic gathered from across Japan; while all 5,000 medals will be made from 100% recycled metals, carefully extracted from electronic devices donated by members of the public. By using personal items rather than industrial or commercial sources, each and every donation allows the electronics’ former owners to feel a sense of contribution to the medals and the event as a whole.

Buying second-hand clothes is an important factor in the reduction of waste (Credit: yoshiurara/Getty Images)

But while raising international awareness of the concept is one priority, a generational divide surrounding mottainai needs to be tackled if it is to regain its influence within Japan.

Considering the societal changes in Japan over the past century – from world wars to vast technological advances – associate professor Misuzu Asari of Kyoto University Graduate School of Global Environmental Studies notes that, “many elderly people know poverty from their experiences during and after the war, and have learnt ‘mottainai’ the hard way. People of the younger generation, however, have lived in the age of material abundance, so there is a big gap between the elderly and the young.” She explains that while the younger generations’ disconnect to an item’s intrinsic value could have created a more minimalist lifestyle, it has instead led to mass consumption, with items disregarded and easily replaced.

Aiming to change this, the MOTTAINAI campaign focuses on children and their families. Alongside the frequent MOTTAINAI Flea Markets held across Tokyo selling second-hand goods, the campaign also runs children’s markets – allowing children to sell and buy toys and clothes. “Children are the key,” Nanai explained, showing photos of a recent market held in Tokyo. “They know their future will be jeopardised so we must help them however we can.” With no parents allowed and a 500-yen (£3.50) limit, the markets are designed to teach children not only the value of money, but also the alternatives to throwing away old items.

Upcycling items, such as using a tin as a vase, is an excellent way to reduce the amount sent to landfill (Credit: recep-bg/Getty Images)

With the growth of population and the shortage of resources over the world, wisdom, culture and technology will be indispensable for surviving

A more extreme version of the mottainai spirit can be found on Shikoku, Japan’s fourth-largest island, where children are the focus of one small town’s mission to become zero-waste by 2020. Kamikatsu declared their goal back in 2003 and work with families and schools to offer alternatives to landfill. Board chair Akira Sakano showed me a card game she designed for local children when I visited in December. “We give them five options to rescue the waste: starting with re-using, then there’s repairing, repurposing, recycling and rotting. Of course, you cannot always save the object, so we have two extras – to go to the landfill, or to refuse the item in the first place.”

This final option, she explained, is the key to her message when it comes to reducing waste. “By refusing, it’s similar to mottainai, but it’s more like how you can come up with a new idea not to use the product in the beginning.” From promises to forgo fast food toys to suggesting reusable bottles, local children taking part have clearly taken the message to heart.

The town also has a complex 45-part recycling system and a kuru-kuru swap-shop, which has so far found new homes for more than 11 tonnes of items and operates a repurposing craft project. Now recycling more than 80% of their waste, the town is well on its way to reaching their zero-waste goal and are welcoming interns and visitors from Japan and abroad to share what they have learned.

“With the growth of population and the shortage of resources over the world, wisdom, culture and technology will be indispensable for surviving,” said Asari. From the beautiful paper now covering my notebooks to the recycled medals to be handed out atop plastic podiums, the connection between people, objects and the world we share has never been more important.