Sign up for CNN's Wonder Theory science newsletter. Explore the universe with news on fascinating discoveries, scientific advancements and more .

(CNN) Earth hasn't always experienced the 24-hour day we're so familiar with now. In fact, the way the world turns not only determines the length of our day, but it could have contributed to an influx of oxygen on early Earth that helped life to flourish, according to new research.

Researchers studying a unique environment in Michigan's Lake Huron used it to effectively look back at ancient Earth and how changing day length could have impacted the earliest forms of life that existed: tiny organisms called cyanobacteria.

Also called blue-green algae, cyanobacteria evolved more than 2.4 billion years ago, and they were churning out oxygen when Earth was still pretty inhospitable. Scientists have struggled to explain why it took so long for Earth's oxygen levels to rise so gradually over almost 2 billion years -- until now.

Cyanobacteria doesn't have a great reputation these days because it's associated with toxic algae blooms in Lake Erie and other bodies of water. But this bacteria has been around longer than any other life form on Earth, and it was the first to convert light into energy through photosynthesis -- and release oxygen as a byproduct.

Researchers began to wonder how an increasing day length on early Earth might have allowed cyanobacteria to create more oxygen and lead to a diversity in animal life. 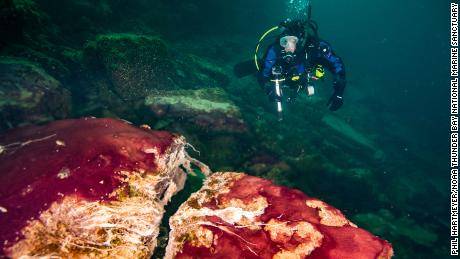