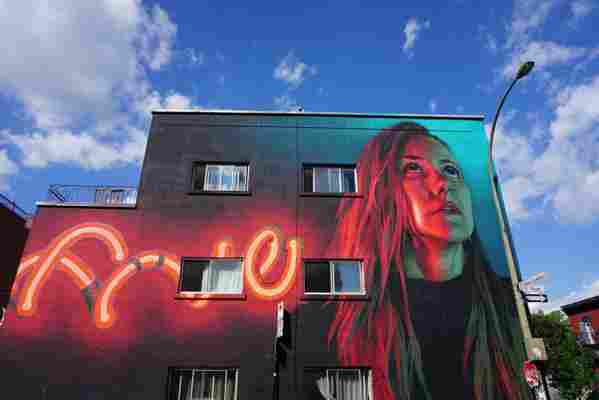 Mural festivals are art fairs taken up a notch—a building-sized notch. Artists flock to different cities around the world to transform urban architecture into stunning pieces of visual craftsmanship.

In the U.S., the world of large-scale, outdoor murals can be traced back to the boom of government-commissioned public art under Roosevelt’s New Deal . Over the years, particularly in the 60s and 70s, graffiti began to appear and evolve alongside the murals, leading to the rise of the street art movement. Beginning in 1984, the Anti-Graffiti Network proposed using murals once again as public works, often to cover up the illegal graffiti coating city walls. It was a combination of both street art and government-commissioned murals that launched a global festival movement to beautify cities across the globe.

The majority of the festivals either invite artists to participate or have them apply for spots to paint designated walls. They're usually accompanied by other events—like concerts, parties and workshops held by the artists themselves. And afterwards, most of the art stays put to keep the city colorful.

Take part in the paint-filled fun at these city-sanctioned mural festivals around the world.

Since its inception in 2008, Upfest has grown to be the biggest street art and graffiti festival in Europe. Now in it's 10th year, about 400 artists come to Bristol for the event, taking over spaces throughout the city with live art and music, workshops and kids’ activities. Over the course of the festival and afterward, many of the artworks are made into exclusive prints and sold as a fundraiser for charity.

Heading into its fourth year, Murals in the Market has already produced more than 120 murals in Detroit’s Eastern Market neighborhood—the densest collection of street art in all of Detroit. This year, the festival is gaining another day, going from nine to 10, and is adding a family reunion-style block party to kick off the painting. There will also be new art-walk maps this year that will lead visitors on a tour of all the murals, past and present.

Now one of several, Graffiato was New Zealand’s first street art festival. About 120 murals have been created throughout the years the festival has been running, which makes makes Taupo home to the largest collection of public murals by local artists in New Zealand. Among the specialties of artists coming to paint at Graffiato: pieces dedicated to and in honor of the country’s native Māori tribes.

Heading into its 7th edition, MURAL is one of the world’s largest street art festivals. The majority of the murals created for past festivals are concentrated along Boulevard Saint-Laurent, and visitors to the city can tour the roughly 100 artworks created since the festival began in 2013 year round. This past June's event featured artists from the U.S., as well as Mexico, Spain and the U.K. The festival also includes scheduled parties, concerts and walking tours of the art.

Stencibility takes street art to a realm outside the standard murals-on-designated-walls type festival. Here, every surface is a potential spot for art—whether it be a plain wall, a smokestack or even a piece of sidewalk. The organizers make a point to show that street art is more than just murals. Past years have included entire buildings painted to take advantage of the architecture, sculpted faces emerging from walls, knitted installations and spray paint-free sidewalk art—think sculptures, chalk spray, and firepit art installations. 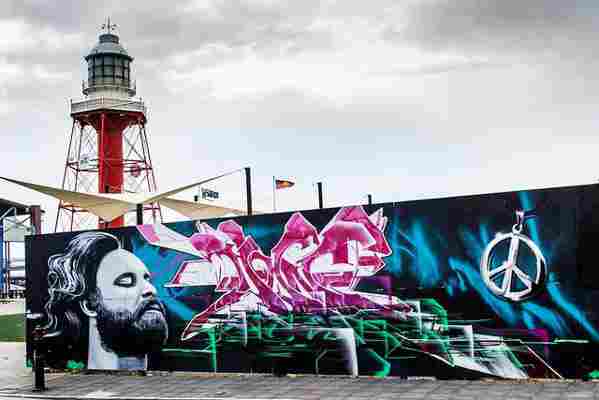 Keep an eye out for Wonderwalls , an as-yet-unscheduled annual mural festival in Australia. The festival packs a ton of activities into a few short days. In addition to large- and small-scale murals across various cities hosting the event—it has occurred in several different locations—there are also exhibitions on technique, processes and styles. The artists host discussions on how they’ve created their artworks and how their processes have changed over time.